*Shared first with the Apostles of Love Community, our network of supporters

Over the years, Stella Mar Pilgrimages has given away a number of free pilgrimages to Medjugorje.

This tradition began Apparition Hill, a movie made by Stella Mar Films, the same team that organizes these pilgrimages. For that documentary, we held a video contest and gave away seven pilgrimage packages to the people who were chosen to be in the film.

This story begins with one of those drawings. Several years ago, Stella Mar Pilgrimages gifted a free pilgrimage to Sawyer, a baby afflicted with blindness and other serious health issues. At that time, however, his parents and doctors felt he was too ill to make the journey.

Fast forward several years… Now that he’s a toddler, Sawyer was finally healthy enough to visit Medjugorje! He and his family recently came to Medjugorje as part of a Stella Mar pilgrimage, during which Sawyer and his mother were invited to be near Mirjana during Our Lady’s October 2, 2019 apparition.

The new video above gives more detail about Sawyer’s journey and shows his emotional meeting with Mirjana!

Original Article about Sawyer and the Apparition 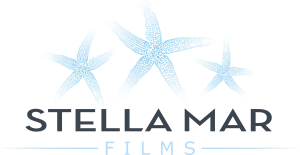